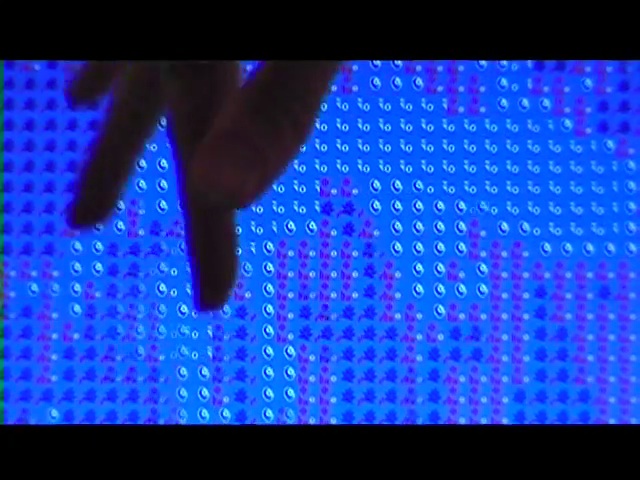 In the Visual Resolve installation, live video of participants is recreated out of a series of small icons or images loaded into the installation. Participants encounter a live but abstracted version of themselves on a projection screen. The reconstructed imagery reads on two levels—the level of the icons, and the level of the overall image. This translation contains both less and more visual resolution than the original video. It is easy to load new icons into the program, so many variations of Visual Resolve are possible. The piece becomes a tool for artistic exploration.