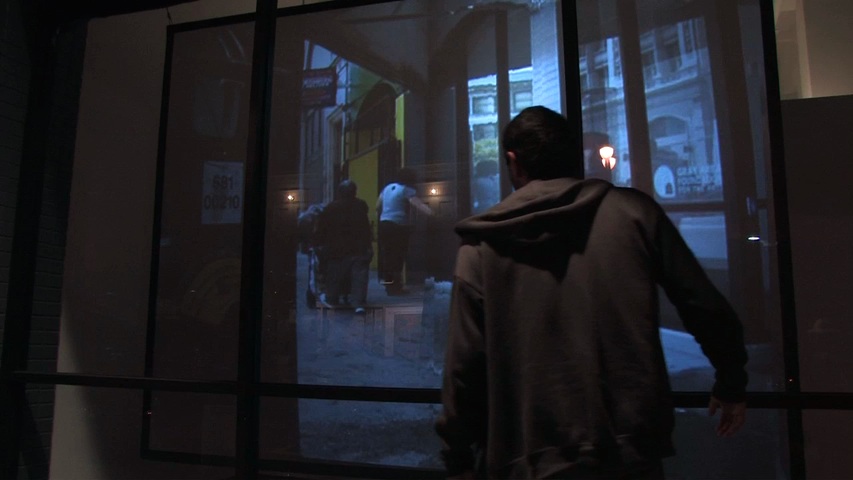 Liquid Time – Tenderloin is an interactive installation commissioned by the Gray Area Foundation for the Arts as the first featured work in the Tendorama Window Gallery Project.  The gallery’s prominent 15’ x 8’ front display windows facing Taylor Street allow residents and passers-by to witness a piece of art that documents the surrounding neighborhood.  As people walk beneath GAFFTA’s marquee, Utterback’s software disrupts pre-recorded video clips of sites and people around the Tenderloin.   People’s movement along the sidewalk fragments time in the projected clips, returning to stillness as the viewers move away.  The interface of one’s body – which can only exist in one place, at one time – becomes the means to create a space where multiple times and perspectives coexist.

Displaying the piece in the Tendorama Window Gallery allowed for additional interaction between the pre-recorded imagery of the neighborhood, and the neighborhood’s residents themselves.  As part of the Gray Area Gallery’s inaugural exhibition it helped to excite residents and include them, reflecting GAFFTA’s mission of bringing new media art to the Tenderloin community.